On average, CTOs earn more than CEOs in early-stage startups

New data from Cruise Consulting’s salary data of more than 200 startups shows that CTOs are on average paid higher than their CEO counterparts. On average, co-founders do the same, but where there is a difference, the balance is usually in favor of the technical co-founder. 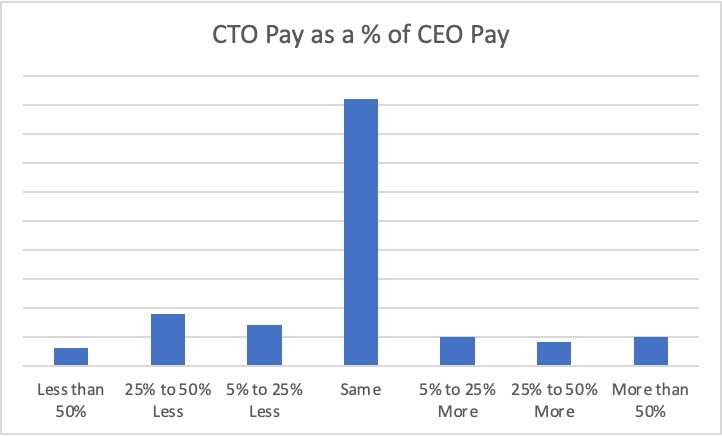 With a dataset of over 200 startups, startup accountant Cruz Consulting found that the balance is geared towards the startup’s tech co-founder. Image Credits: Cruise Consulting (Opens in a new window)

The data suggests that the difference varies by stage and industry. In Series A and onwards, the salary is usually on the side of the CEO. It’s easy to imagine that early-stage companies need to pay their technical leadership more, because they have higher opportunity costs; Especially in Bay of Syria, high-quality tech co-founders have a selection of high-paying, high-reputation jobs across the industry, with compensation packages significantly higher than those of startups.

Comparing industry to industry, healthcare and pure software/SaaS startups show the biggest discrepancies. Again, it makes sense if opportunity cost is a factor; Most of the skills required to build a SaaS company are directly transferable to some of the highest-paid developer and product roles you can mention.

The interesting thing in the data is healthcare; It seems as though here, healthcare tech co-founders are particularly lucrative, and able to attract higher wages as a result.

Of course, with a dataset of 200 or so, it’s possible that there are some outliers in the data that skew things, but in terms of general trends, these numbers are in line with the broad compensation numbers we’re seeing across the ecosystem. Huh.

Maryland governor bans use of TikTok by state agencies

LEE BOYCE: Lets praise the firms that really deliver… as well as calling out the customer service flops