ReMARKSable value? Maybe. Or it could be yet another false dawn at M&S – loyal investors hope faith will be rewarded

Finally, I’m ready to commit. I have been a regular customer for a long time Marks and Spencer, and often thought about becoming an investor. Now, this week’s results have given me the courage to put aside the fears that held me back.

One is the frequent skepticism about my wardrobe from those who should also be fans of autographs and other M&S brands, including Jaeger, the iconic name M&S acquired last year.

They say they don’t believe the smart thing is made by M&S and refuse to check out the stores or the app, convinced that the 138-year-old stalwart is irreparably tasteless.

M&S often seemed determined to justify this prejudice with less-than-artful merchandising. However, the recovery process, which includes the reorganization of ownership, may finally begin to change this perception.

Shares, although nearly 70% below their ten-year-old level, are up 33% in the last month. Maybe it’s because some consider them, as the current slogan says, “outstanding value”?

Could it be that most of the bad news has already been accounted for, and better news is ahead of us?

Perhaps this seems too optimistic. There were many false discoveries at the M&S, and in the announcement of the results, chief executive Stuart Machin warned of a “looming storm” caused by inflation.

But I’m still going to give the company some money, as Machin emphasizes that M&S ​​caters to a more “affluent demographic” that is older and less affected by higher mortgage rates. He also believes that startup costs could lead to attrition among competitors.

Ian Black is an investment fund manager at Temple Bar and co-manager of Redwheel UK Value & Income funds, both of which own M&S. His confidence is based on a strong balance sheet and investment in an “omnichannel” offering (in-store and online).

He says: “The food business has always been a strong point, but it has improved a lot in recent years. M&S food continues to capture market share with Aldi and Lidl. 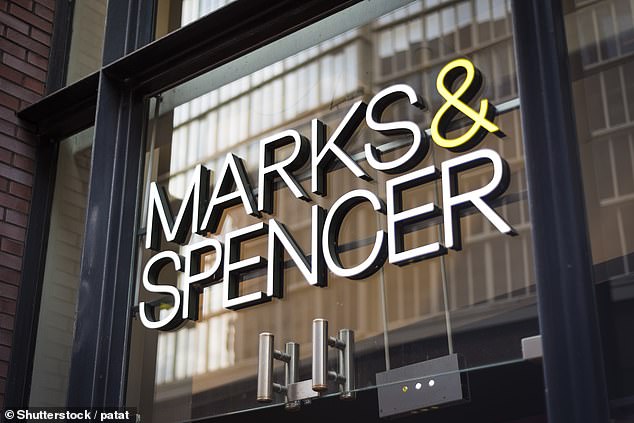 High street stalwart: M&S caters to a more “affluent demographic” that is older and less affected by higher mortgage rates.

“About 40 percent of Marks clothing is sold online, and the retailer still holds a huge stake in key apparel market segments.”

For example, M&S sells 35.6% of bras — model Rosie Huntington-Whiteley has been the face of the retailer’s underwear collection for more than a decade — and 21% of men’s sleepwear.

Even those who are more optimistic about the retailer’s ability to reinvent itself should be aware of the challenges.

If Machin and other managers achieve their goals, there will be fewer stores, but they will get better.

Jonathan De Mello of retail consultancy JDM says the restructuring is the right move, but highlights the difficulties stemming from local objections to store closures that are seen as hurting home prices.

This week M&S defended its controversial plans to redevelop the Marble Arch store on London’s Oxford Street, saying it is Britain’s most famous High Street.

It’s a legitimate statement, but it could further anger those who are at risk of losing a store in their city.

Machin spoke of his particular determination to maximize the potential of the loss-making joint venture with Ocado.

Another goal is to get customers who love M&S treats like Percy Pig confections and in-store grilled lunches to shop for weekly big-basket groceries, who also buy groceries for their kids.

This seems like a reasonable aspiration. But De Mello points out the discrepancy between the Gastropub range and other M&S delicacies and clothing. He says: “How do they lure food fans into clothes? Maybe more collaborations with designers like H&M.”

I will look forward to this kind of innovation in my new role as a client and a concerned shareholder. Failure is inevitable. But I hope my faith will be rewarded.

Top Opportunities for SAP Partners in 2023