A $3 billion plan to build twin office towers next to the Atlassian Tower currently under construction in Sydney’s Tech Central has been approved by the City of Sydney.

Central Place Sydney, a joint project between Dexus and Fraser Property Group, is adjacent to Central Station at the southern end of Henry Dean Plaza, next to Atlassian’s 40-story Echo Tower, due for completion by 2026.

Sydney Central (right) next to the Atlassian building

It spans two existing office blocks on Lee Street, which are currently occupied by several state and federal government departments, including the Department for Transport, Correctional Services and Home Affairs for NSW.

The two towers, on floors 37 and 35, have been designed by local architect Fender Cateslidis and US firm Skidmore, Owings & Merrill (SOM). They sit alongside two new smaller buildings, The Connector 8-storey and the two-storey Pavilion.

The Connector, by Melbourne Architects’ Edition Office in collaboration with indigenous design and strategy studio Balarinji, faces Lee Street and has 10,000 square meters of floor space. It is designed as an “architectural marker, acknowledging the site’s history as a cultural meeting place”. 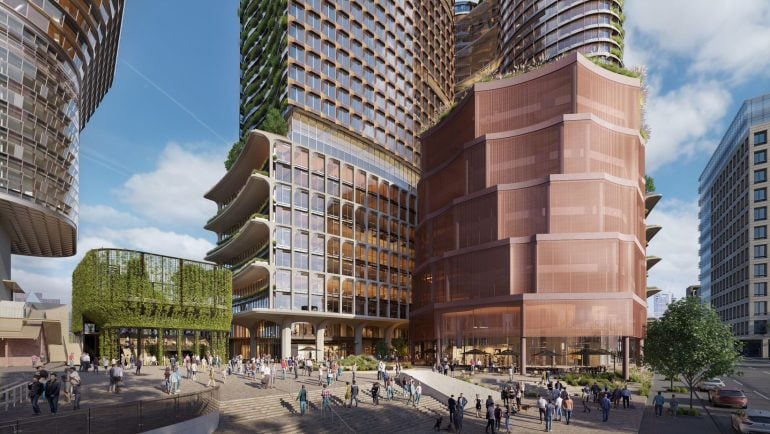 Central Place Sydney will offer over 130,000 square meters of commercial floor space in the surrounding area.

“We are incredibly pleased to have received development approval, allowing us to take the project further forward. Our development has been designed to be a place where work and lifestyle blend seamlessly could create an exciting new destination for Sydney and leverage what is already on offer as a thriving technology and innovation neighborhood emerges,” she said. 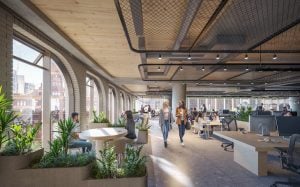 An interview scene from Sydney Central

“Central Place Sydney will set the benchmark in sustainability for a commercial development of this scale in Australia. The building will feature workplace environments that integrate nature, maximize daylight, have provisions for natural ventilation, and have operational targets. To achieve our net zero emissions is supported by renewable energy.

“We are working with startups and neighboring universities to explore innovations in technology and the circular economy, all aimed at supporting growth ambitions for carbon reduction and providing the best possible workplace experience for tenants and customers. “

Together with neighboring Atlassian Central and the proposed Toga development, Central Place Sydney will create outdoor landscaped spaces as well as an expanded retail offering and enhanced connections between neighboring communities.

The project is now awaiting final phase approval from the NSW Government, with the expectation that construction will begin in 2023, with the first phase completing in 2027. 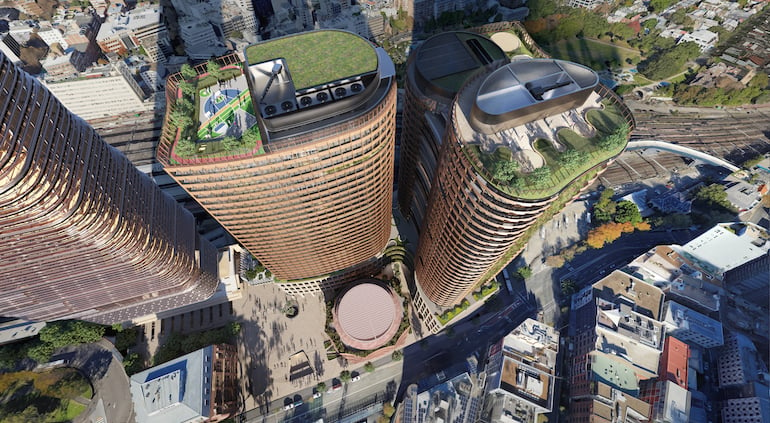 Daily Crunch: Plaid lays off a fifth of its workforce after ‘not growing as fast as expected’

Andreessen Horowitz leads $43M Series A for Setpoint, aims to ‘stripe for credit’