The original poster-boy for green motoring is no more in Britain: Toyota unveils the fifth-generation Prius hybrid – but it won’t be sold to UK customers

Toyota introduced the new Prius in Japan this morning, but its UK business has confirmed that it will not be sold to customers in the UK due to a lack of demand from our car buyers.

The Prius is considered the epitome of green automotive engineering, and in the early 2000s it became the car of choice for environmentally conscious celebrities and movie stars – Tom Hanks and Leonardo DiCaprio famously had one!

But while the latest fifth-generation Prius offers a radical new design, the British won’t see it on showroom floors, with Toyota UK telling This is Money that demand for its long-running sedan model has evaporated as more buyers want SUV-type hybrids. , CH-R sales outsold the Prius 32 to one last year.

The new Prius we can’t get: This is the fifth-generation Toyota Prius that was introduced in Japan overnight. It has been confirmed that UK customers will not be able to get their hands on it as it will not be sold here for the first time since 2000.

Toyota withdrew the previous generation Prius from sale in the UK earlier this year and confirmed this morning that it will no longer be available in its dealerships despite the arrival of the new model.

A representative from Toyota in the UK told us: “Due to our evolving product strategy in the UK and changing market conditions, we have made the decision not to introduce the new generation Prius in the UK as the new model is a very different offering from its predecessor, along with a clear shift consumer demand in the UK towards more off-road style vehicles.

“Since the introduction of our first hybrid model in 2000, we have launched a much wider range of self-charging hybrids, covering all major market segments and satisfying a much broader customer base.

“This shift in market conditions in the UK has been reflected in Prius sales figures, with 563 units sold in 2021 compared to just under 18,000 Toyota C-HR hybrids.”

Although not confirmed, the fifth-generation car will most likely be the last Prius. This will almost certainly be the last time the nameplate will be affixed to a hybrid vehicle, as the ban on sales of new gasoline, diesel and hybrid vehicles will be confirmed by a number of the manufacturer’s largest markets around the world over the next decade and a half.

The news will come as a shock, especially to drivers working for companies like Uber. The Prius is one of the most used engines in the private rental market in big cities, as the car offers short bursts of electric-only driving when trying to navigate heavily loaded roads.

Although Toyota says there is still a car in the UK range for these customers.

“Recognizing its popularity in the private rental market, we are still able to serve operators who continue to need our reliable hybrid technology with the UK built Corolla Touring Sports wagon,” the spokesperson continued.

This marks the end of the Prius’ 22-year run in UK showrooms. 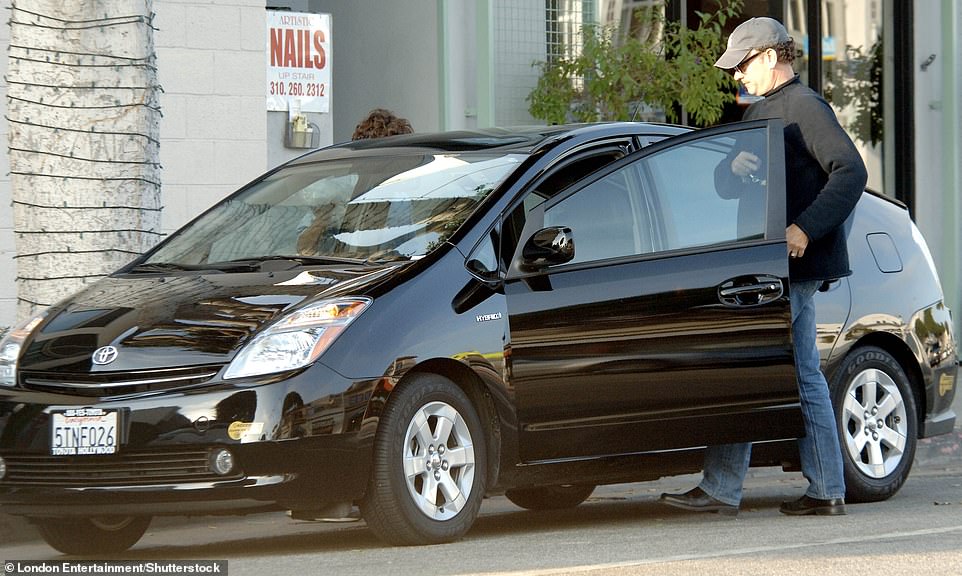 Tom Hanks getting into his Toyota Prius in 2007 outside his manufacturing office in Santa Monica, California.

Cameron Diaz is one of the most famous Prius owners. Here she was seen getting into her hybrid model in California in 2007. 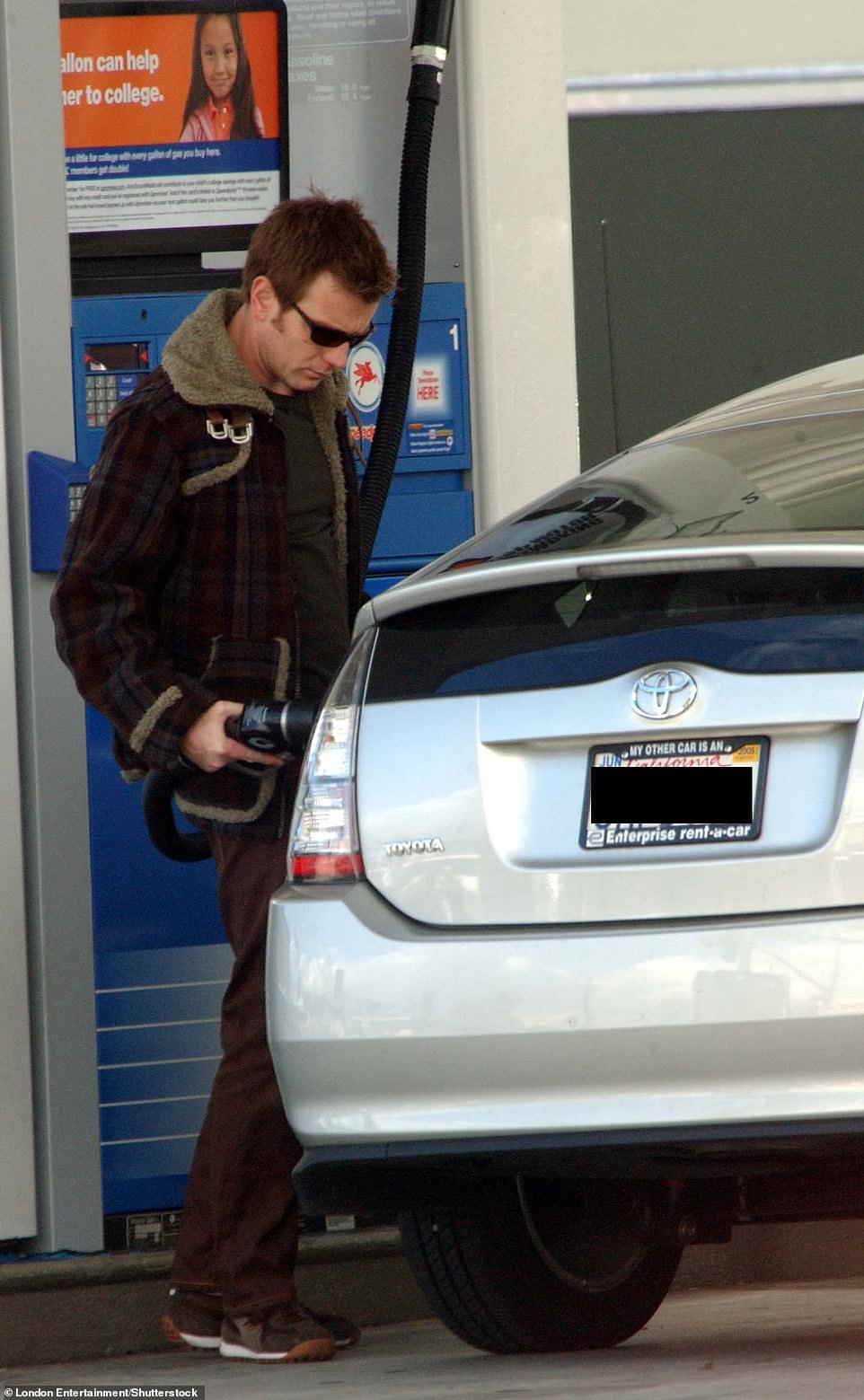 Scottish actor Ewan McGregor back in California in 2004 refueling his Prius hybrid. The Trainspotting star has been involved in many environmental charities. 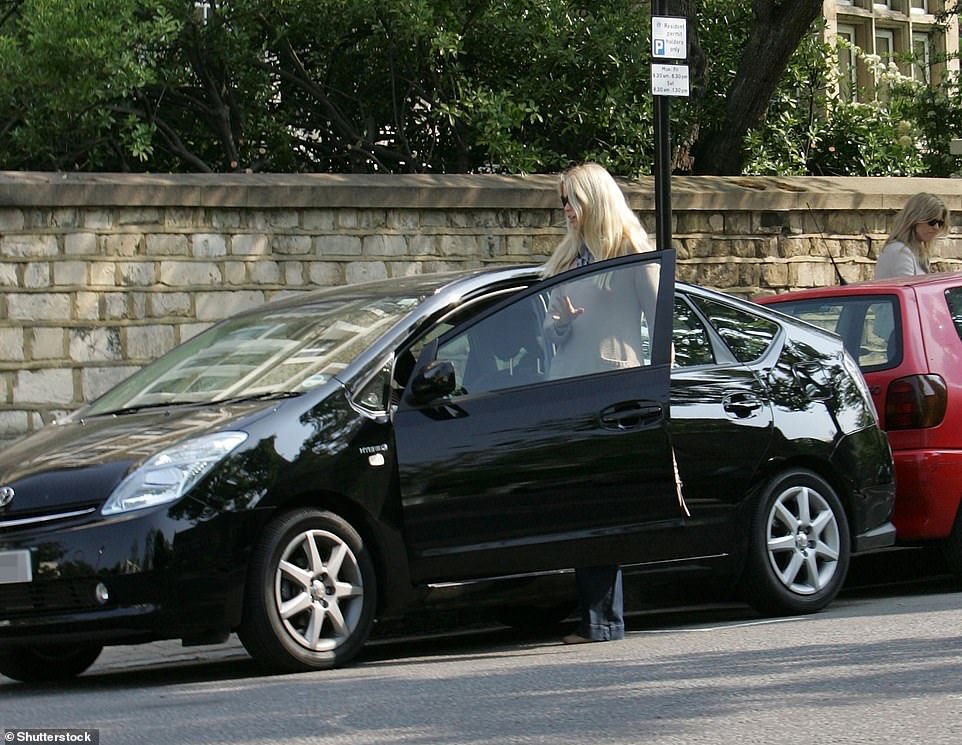 Claudia Schiffer with her hybrid Toyota Prius in London in 2008. The model said years ago that after seeing an Al Gore film about climate change, An inconvenient truthmade her want to support climate change campaigns, which is why she bought a Prius

Launched here in 2000, it was a car for the eco-enthusiast.

It was the first mass-produced, affordable, family-friendly hybrid to be sold on these shores, and the demand for it increased thanks to the many celebrities pictured driving their super-green Prius through the Hollywood hills.

Instead of flashy Ferraris or huge Bentleys, the Prius was a car to be photographed in if you were an A-lister who wanted to make it clear they care about the environment. 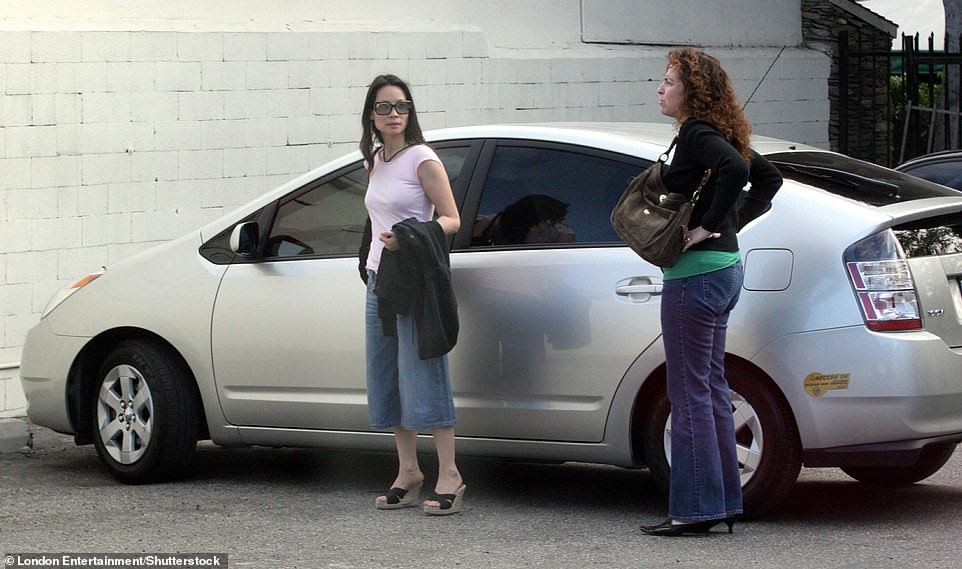 Actress Lucy Liu pictured in West Hollywood in 2006 with her Prius hybrid, which at the time was an eco car that you could see in if you were a celebrity. 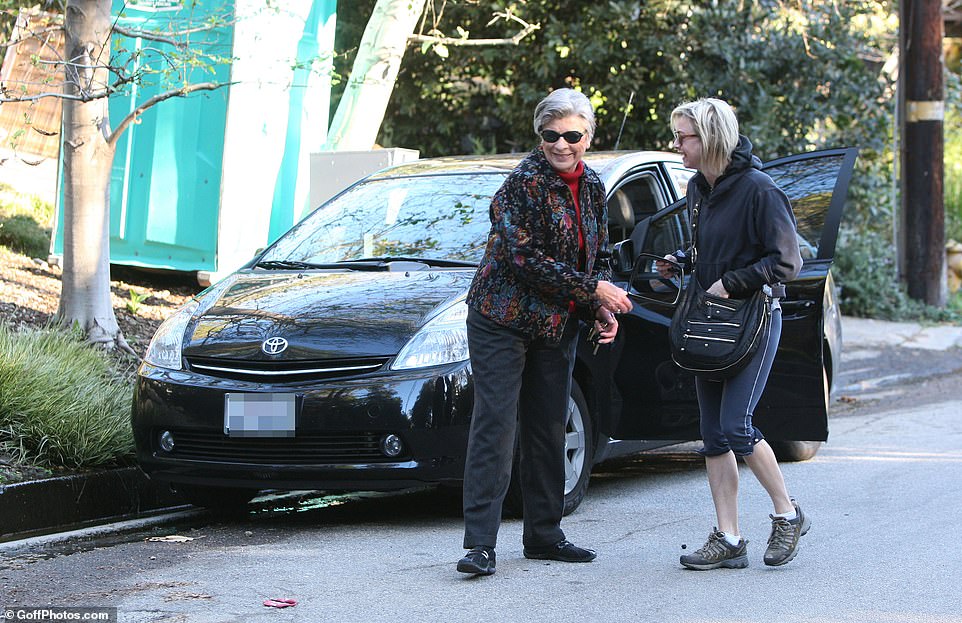 Renée Zellweger is pictured here in 2010 when she “was caught off guard with another woman who crashed into the actress’s driver’s door in her Toyota Prius.” Renee remains cheerful as they exchange information and take pictures until her then-boyfriend Bradley Cooper arrives to pick her up. 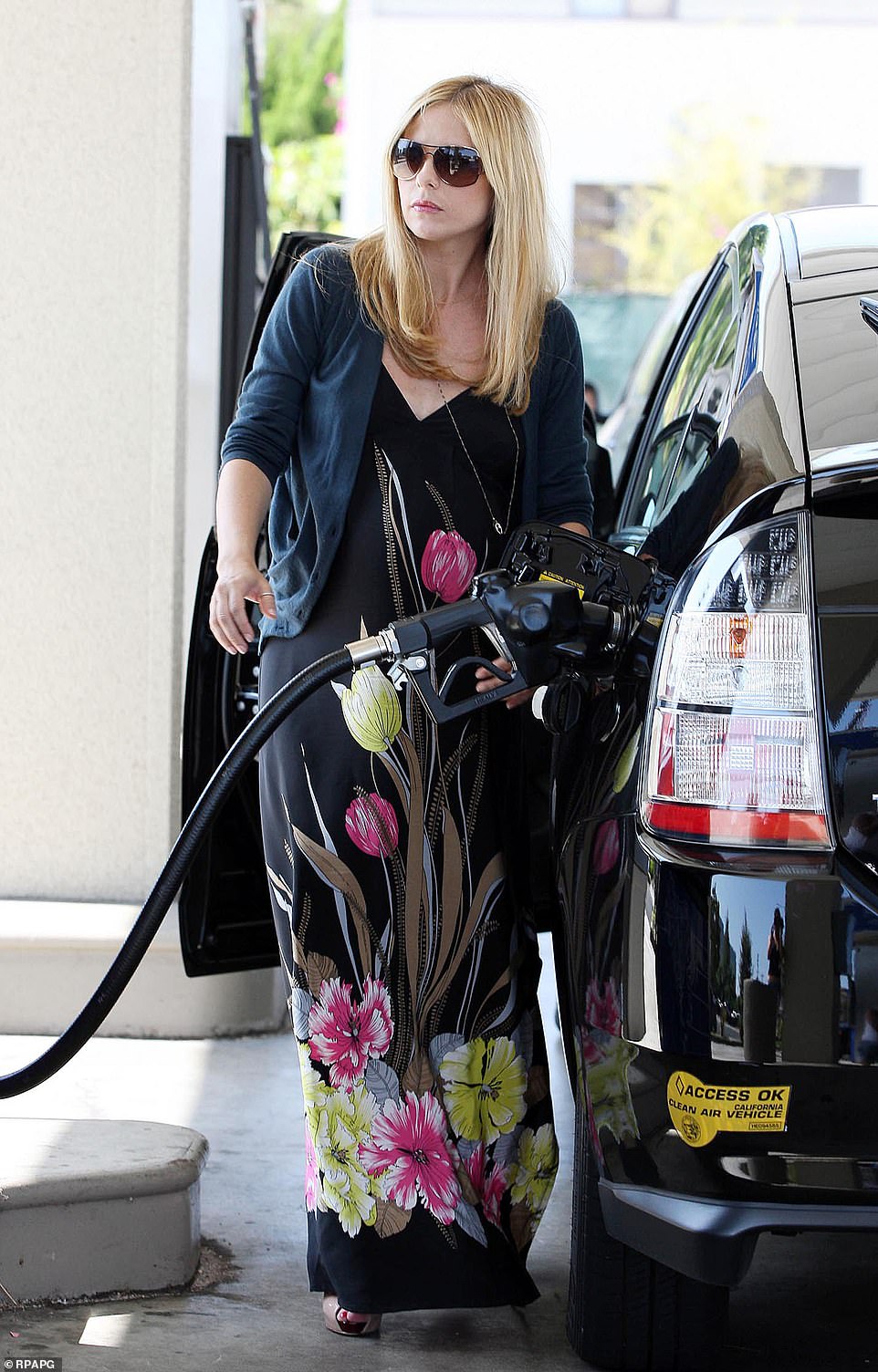 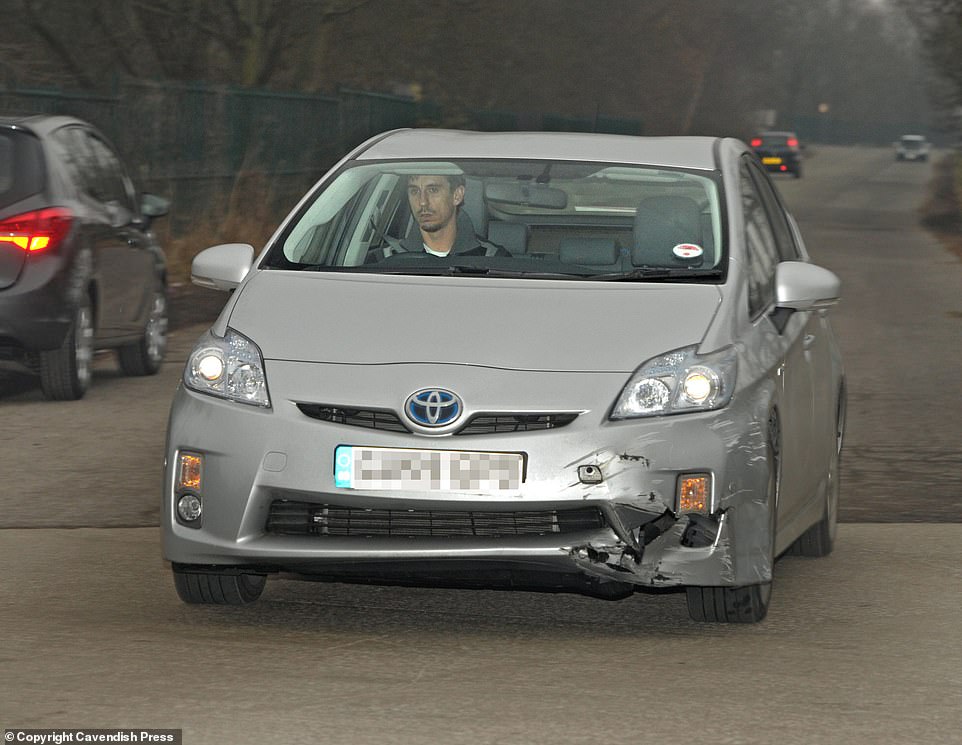 Former Manchester United footballer and current commentator Gary Neville arrived at the training base in Carrington in 2011. As you can see, his gray Toyota Prius hybrid had a minor accident with front bumper damage. 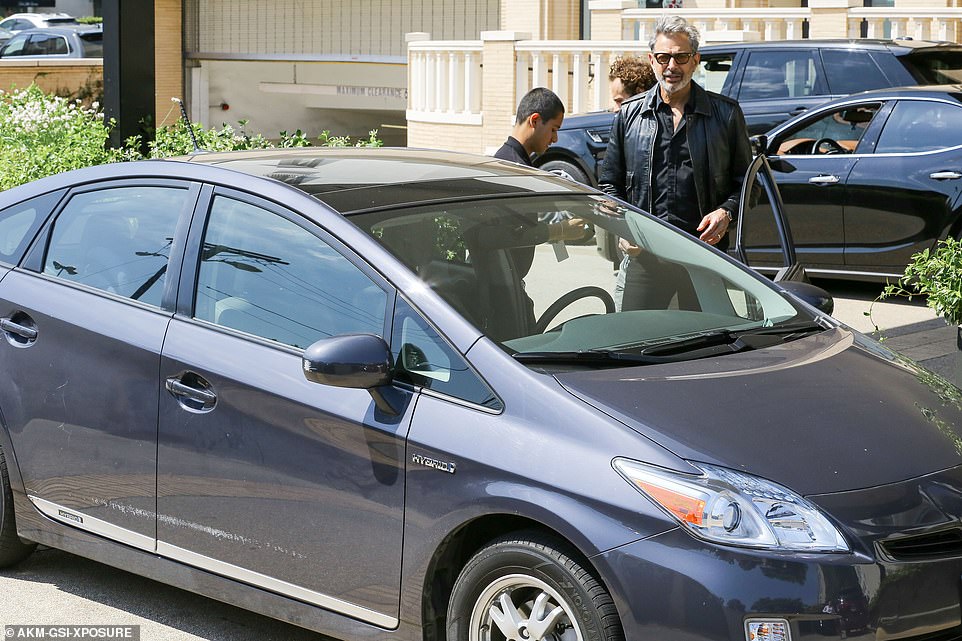 Jeff Goldblum with his Prius in 2017 while shopping in New York. 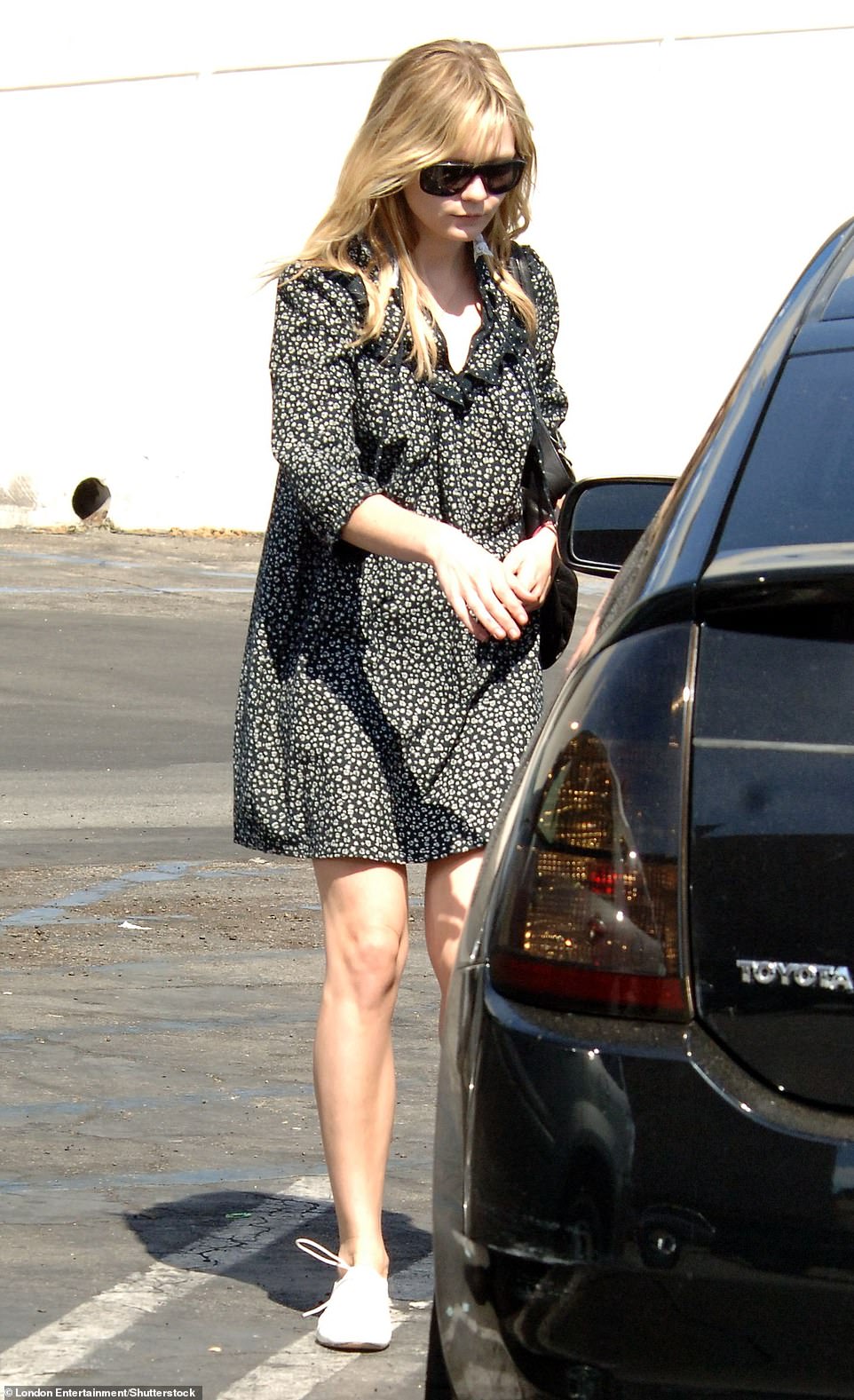 How much does a funeral cost? Funeral homes may have to post prices online for the first time.

Question of the day: How much are tickets for FIFA World Cup matches?

Leave as little as you can to the taxman! says JEFF PRESTRIDGE: Embrace the joy of giving to slash inheritance tax for your family

Will investors get a boost if inflation drops? Watch the INVESTING SHOW on whether it will fall and what that means for shares

Five of the best income funds that scour the world for profit: Why investors should go global… and take their share of a £347bn...

Do you know how much tax you REALLY pay? Your marginal rate could be as high as 77% as Britain faces the highest tax...